Click here to learn more about Lewis and watch the documentary. 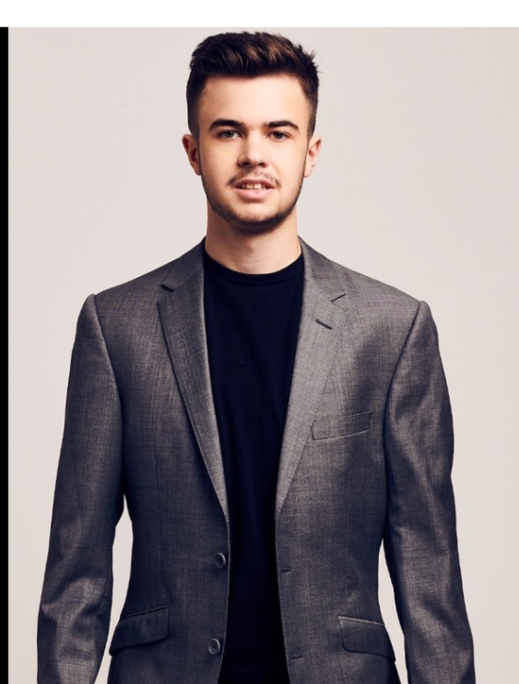 Lewis Hine is the founder of A World With Friends.

Lewis started A World With Friends to help children who miss a lot of time at school due to chronic illness and disability come together to make friends.

Hi, I am Lewis Hine and I started A World With Friends when I was 14 years old.

I was only 17 months old when I was first diagnosed with a brain tumour and I have been battling illness ever since. I have had over 13 brain surgeries among other surgeries and treatments. I suffer with hydrocephalus (water on the brain) which is treated with a mechanical pump in my brain called a 'shunt' and I also have drug resistant epilepsy. I was diagnosed with end-stage renal failure earlier this year and although I am currently in ‘recovery’, I now, undergo regular testing to monitor this. This now affects and limits what medical treatment I can receive for my other conditions and as you can imagine, this has made life even more challenging than it already was!

Like most teenagers I am interested in football, music, video games, but unlike most I need 24-hour support. Due to my long-term illnesses I spend a great deal of time in hospital which isn't just tough because of the medical treatment but it also means I miss a lot of time from school. A lot of children quite naturally complain about having to go to school, but they don’t realise that school is not just about education it is also about learning how to interact with other children and how to make and keep friendships.

Over the years every time I started to make friends at school I would end up back in hospital. By the time I returned to school the friendship group had naturally moved on and I found myself having to start all over again. Things were tough, and I never got invited to birthday parties or to anyone’s house after school for dinner or to just hang out and socialise!

Chronic illness and disability affects an entire family; siblings are affected because there are so many things that they cannot do together as a family and usually one parent has to become their child’s carer which means they are unable to work, so money is often scarce too! Most of us are all too aware the huge impact our conditions already have on our families and we really don’t want to cause them any more distress, so we don’t tell them what is going on. This means we feel even more lonely and isolated - I felt I couldn't tell anyone about my experiences, good or bad as I just didn't have any friends to talk to.

However, I discovered that I was far from alone and that there are over 1 million children in the UK that miss school due to a long-term illness and that is when the idea of Friend Finder began.

Last year we had our first ever prom for 150 chronically ill and disabled teens and their carers at The Guildhall in Portsmouth. It was amazing over £15,000 was raised, dresses, suits and shoes were all donated, we even had people doing the children’s hair, and makeup was done by students from a local college! These teens who would not have been able to attend their own schools’ proms were able to come to The Guildhall for the night of their lives! We had so many children wanting to attend, that this year we are holding two; one in Portsmouth and one in Birmingham!

Friend Finder’s success has exceeded my wildest expectations; my 16th birthday video went viral on Facebook and received over 30 million views, I have been interviewed by the national press, appeared on national television, filmed a CBBC documentary about my life, written a book and received many prestigious awards for my work – I even travelled to Hawaii earlier this year to receive a Bakken Invitation Award part of which was a $20,000 prize, which I am hoping will help A World With Friends go global.

In November last year after several years of operating as a community group and lots of paperwork we became a registered charity; A World With Friends is our registered name. This will enable us to help even more children and young people.

I want to prevent any child from feeling that awful loneliness and isolation that I felt and if Friend Finder can help just 1% of those one million children (10,000) to find a friend then that would make an amazing difference!

Like many children affected by chronic illness and disability, I know my condition cannot be cured and it is life limiting, but I am not going to let anything stop me from helping other children that are experiencing the same things that I did!

I truly believe that having a friend is one of the most important things in life and is key to our mental and physical wellbeing. Everyone needs someone to talk to, to smile, to laugh and sometimes cry with!